If your spouse or partner accused you of domestic violence, but you never touched them or you only defended yourself, you have rights. Even if you found yourself in unfortunate circumstances, and you need someone to get you a reduced sentence, you have rights. We know your rights, and the domestic violence defense attorneys at the Mirsky Law Firm will defend your rights in court. 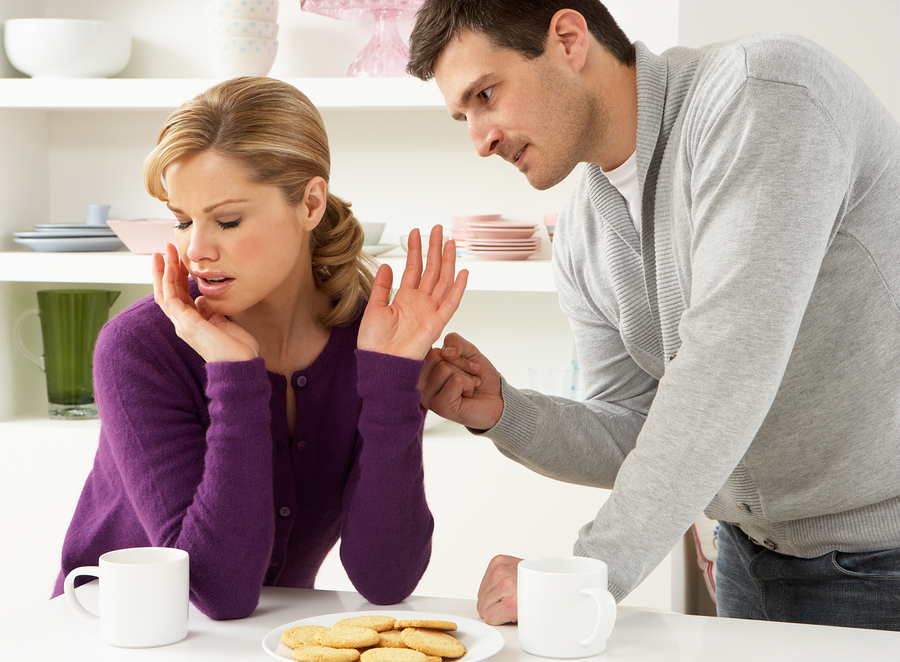 What Is Considered Domestic Violence In NY?

Domestic violence includes anything from spousal abuse, family violence, intimate partner violence, and more. It doesn’t even have to include physical violence.

It can just be threats of physical violence or causing the other person to fear physical violence. It can include much more than the above, but it always includes two or more people involved in an intimate relationship.

Whatever form it takes there are repercussions. Not only can individuals convicted of domestic violence in New York face serious jail time, the loss of certain rights, a life of state-sponsored supervision and restrictions, and the scrutiny of family and friends, so too can they face the loss of custody of their children. The accuser may also take out orders of protection against the defendant. An order of protection gives the accuser protection from the defendant either temporarily or for a period of up to five years.

No matter what two adults think about each other, nothing should prevent a parent from having a relationship with his or her child.  However, New York family law courts place heavy importance on the safety and well being of children during child custody disputes.

A charge of domestic violence does not mean that you will be convicted. Often, a domestic violence accusation can be entirely discredited. Self-defense and the defense of property have also been successful defenses against domestic violence charges in New York. An effective defense, of course, requires the skills and savvy of a veteran Long Island domestic violence attorney who can deliver an articulate argument on your behalf while diligently defending your rights and working for the best possible resolution to your case.

How Can A Lawyer Help With False Allegations Of Domestic Violence?

Sometimes, arguments between two people who share a home can become so heated that one or more parties may invent false accusations in a moment of anger and desperation. Unfortunately for the person accused of these allegations, the situation can turn into a case of “he said, she said” pretty quickly.

When false accusations are made, individuals accused of domestic violence are advised to not make any statements to investigating police and to allow police to conduct their own investigation without providing any statements or answers to questions. This may result in having to spend a night or two in jail, but at least the accused won’t give any ammunition to the false accuser or investigating police that can be used against the accused in court.

Even when the accusation is false, the police will not recognize a complaint from you against your accuser. Law enforcement considers post-arrest complaints “retaliatory” even if true. Don’t waste time. In domestic violence cases, it’s imperative that evidence is immediately identified and secured. Every moment that passes may mean you are losing your opportunity to prove your innocence.

Why You Need An Attorney To Fight Domestic Violence Charges

The law is something that is very fact specific.  While statutes and regulations seek to control certain antisocial behaviors for the greater good, the circumstances surrounding each accusation will also be taken into account and weighed by the court in determining culpability.

Despite the fact that defendants are welcome to represent themselves in criminal court, anyone facing the serious charge of domestic violence is highly encouraged to let an experienced criminal defesne attorney handle all aspects of the defense.  Attorneys are experienced and trained at presenting legally viable arguments to the court that laymen may not realize they can argue in their defense.

For example, what if the defendant acts in self-defense?  Or walks in on a shocking scene that would shock most reasonable people?  Or acts under a mistaken belief of facts?  All of these questions and more represent the many nuances of criminal law that can weigh heavily on the outcome of a charge for domestic violence.

Another benefit to partnering with an attorney to defend against charges of domestic violence is that the attorney will be able to explain any of the questions that a client might have about the laws, criminal process, chances of success, and the charges involved in non-legal, simple to understand terms.  Simply having an understanding of what is going on and what is at risk can do wonders for helping a person face their legal issues calmly and rationally.

Despite what the movies and TV shows might teach, victims of domestic violence have little control over the momentum of a domestic violence accusation.  This means that, once an accusation has been made, an arrest will be the likely result, whether or not the victim proclaims that they “won’t be pressing charges”.  This is primarily a Hollywood fabrication of legal procedure that, if it ever did hold true, rarely holds true today.

Criminal court seeks to protect society as a whole from behavior that our society has deemed “anti-social”.  When a wrong is committed, the public asks that the wrongdoer answer for his or her anti-social behavior, regardless of how any specific victim feels on the matter (victims are, however, afforded the opportunity to comment on how they feel the court should respond).

Even if the supposed victim has made it clear that he or she does not want to see the accused “get in any trouble,” the accused should still partner with a criminal defense attorney because the state may bring charges on behalf of the public at large.

Most public defenders will care more about filtering you through the system than about the facts of the case. You want a criminal defense lawyer who won’t judge you and think of you as a bad person because of the charges against you. We know you want to get your life together, you want to see your family, and you don’t want to risk time in prison. The best choice you can make right now is to call the team at the Mirsky Law Firm.

At The Mirsky Law Firm, we’re defense attorneys that will stand by your side and fight for your rights. We understand the emotion you are going through. We understand the devastation a domestic violence charge can take. The domestic violence defense attorneys at the Mirsky Law Firm want to help you get back your sense of freedom.

Our lawyers have years of experience defending clients against various charges including domestic violence, sex crimes, and traffic violations. If you have been arrested and charged in Suffolk County or Nassau County, please call us today or fill out the form on this site to schedule an initial consultation.